Over many years of taking tasting sessions, I’ve begun to appreciate the format’s ability to unlock people’s personalities. Everything you have ever smelled is locked away in your memory; when an aroma leaps into focus, it comes with a context attached which reveals something about you to everyone else in the room.

I remember an individual  who found it hard to articulate what she was smelling – we’ve all been there – suddenly shouting ‘amyl nitrate!’ as her first public tasting note. To be fair, I didn’t push her as to why she knew what poppers smelled like 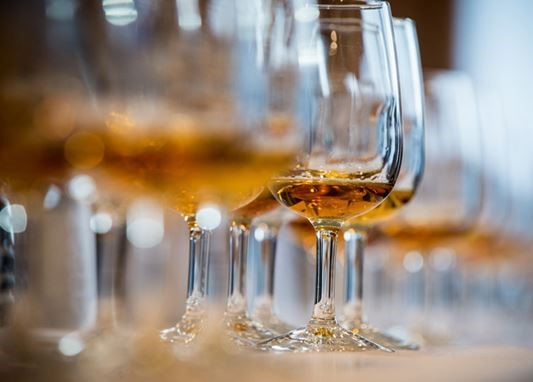 Tasting in public, or with friends, becomes a little like a therapy session. We dredge up aromas which tell us – and the company – about where we are from, and what we like and dislike. Sharing it is good. Knowing your comfort zone and aversions is the only way in which you can start to navigate whisky and, who knows, maybe it helps you in other ways.

What is inflamed is (or was) my palate, as yet another cask-strength whisky seared its way down my oesophagus. It’s something which has bugged me for months, year’s maybe, and for some reason has bubbled to the top of the pile of things to grumble about. I’m allowed to. I’m old.

Don’t get me wrong. I see the attraction of cask strength (whatever it means). Whisky in its naked condition, no adulteration, no buggering about. Alcohol carries flavor, after all. Whiskies at 43% or 46% tend to have more depth than those bottled at 40%. That ideological purity does, on occasion, need to be tempered by common sense – namely, can you drink the bloody stuff without wincing?

One of my maxims is that whisky is about pleasure, not about pain. If all you care about is the latter, then, well we are back to whisky revealing darker psychological secrets. Pop back on to the couch and tell me about your mother.

Just add water, you say? I do as a matter of course, for the simple reason that it opens the whisky up and also reveals positives and negatives such as astringency or inactivity. That raw heat is coming from spirit which hasn’t been mellowed by air or wood. It is there because cask or time haven’t worked… yet.

Adding water might cut the heat, but in the worst examples it doesn’t. It’s still there, nagging away at the back of the palate. The water exposes the whisky, confirming what the neat tasting suggested: it’s not balanced. Reducing bottling strength wouldn’t have worked either, because that balance doesn’t exist.

Some high-strength whiskies will mellow and improve with some water, but that is because they have an inherent balance and complexity. Water opens up what the alcohol has obscured when it’s tasted neat. You cannot, however, open up something which isn’t there.

So, the question is, why bottle it? I know that one person’s ‘vibrancy’ can be another’s ‘immaturity’, but rushing to bottling just because you have the cask makes little commercial sense. We are inundated with whisky, be it Scotch or from the rest of the world. The result is that the quality bar has been (or should have been) set higher. The days of bottling whatever came along have surely gone. Now there are plenty of quality alternatives. 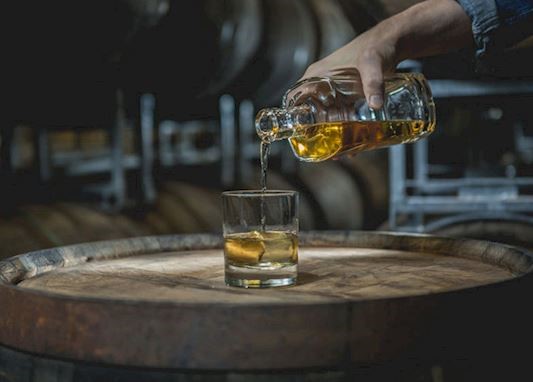 Immature? Hang on to it, blend it – that vibrancy can be useful in a vatting. Oh, and don’t think that a quick dunk into an active cask for a short period of finishing will sort it out. It won’t. You’ll just get an immature whisky with wine on top of it. That’s not what finishing is meant to be about.

The lofty principles revolved around looking carefully at the distillery character of a mature spirit and then using a short time in an active cask to spin the flavors in a new and harmonious direction, adding complexity which complemented and, perhaps, subtly contrasted with the original. It’s not a way of covering up – and yet it still happens.

Neither should finishing be seen as innovative. It might have been in the 1990s (or earlier), but we’ve moved on. And don’t fob me off with starting in ex-Sherry then finishing in ex-Bourbon. That’s not innovation, that’s desperation.

Although innovation is the most misused word in Scotch, it is needed. Things must always move forward, while being cognizant of the past (in fact, with a keen eye on what might have been the norm decades ago, which could be revived and reinterpreted). It can take years for innovation to pay off just like anything.

Balance, complexity, character. The three-legged stool, the foundation, the three words that should always be thrumming away at the back of the mind. If they’re not there, then go back, rework, rethink and blend, because there’s always a new opportunity. In a world which will soon be awash with whisky, the standard has to be higher. We, the drinkers, deserve it.