Whisky ‘legs’ are the trails left on the inside of the glass post-swirling, and can actually reveal more information about your whisky than you’d think. 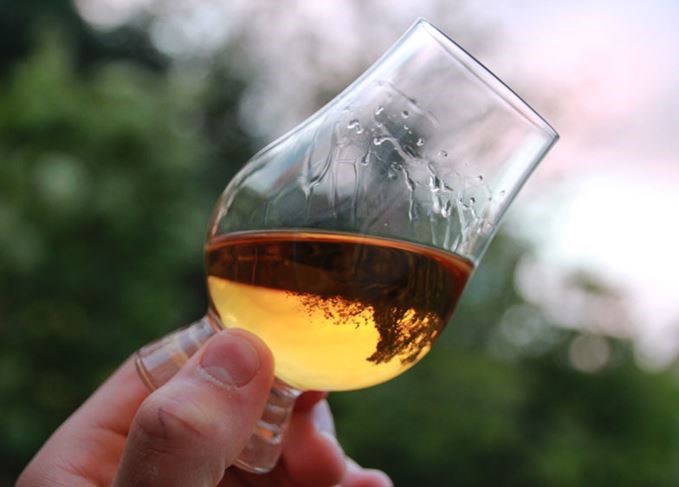 When we are tasting whisky we are using all of our senses, not just smell and taste. Our eyes can give us clues as to how a whisky might behave on our palate.

The color of the whisky (as long as no caramel tinting has taken place) will give us an idea as to what type of oak cask has been used. Ex-Sherry casks have a deeper mahogany shade than the rich gold of ex-Bourbon. A pale color in an old whisky indicates both a refill cask and a lack of interaction.

The next stage is to look at those ‘legs’ you were mentioning. When you swirl a whisky, some of the liquid sticks to the side of the glass and then begins to form trails as it flows back into the bowl. These are the legs, although I have also heard people use terms such as ‘tears’ or ‘cathedral windows’.

Why would this be the case? It is to do with alcohol having a lower surface tension than water. The agitation of the whisky results in it coating the inside surface of the glass (thanks to capillary action). Because the alcohol is more volatile than the water, it starts to evaporate more rapidly and lose strength.

Oak influence: Extractives from the cask will affect the weight of a whisky’s legs 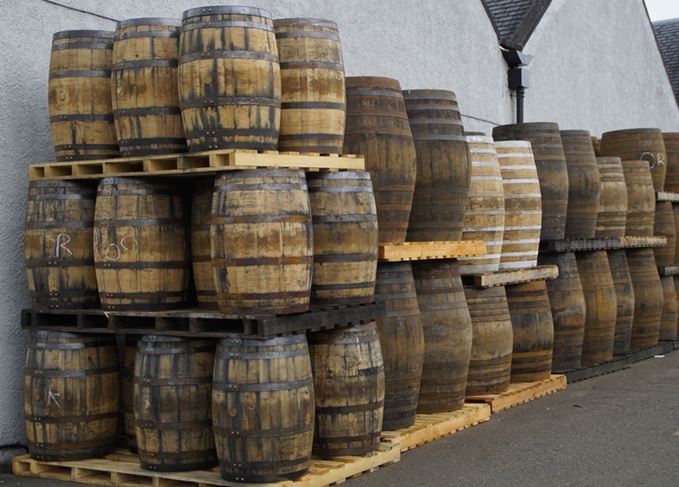 As there is now more water, so the surface tension is increased. This then pulls some of the whisky up the sides of the glass. This then coheres and falls back under its own weight into the mass of liquid as ‘legs’.

This was first explained by Glaswegian physicist James Thomson in 1855, though his eureka moment doesn’t appear to have been stimulated by taking a dram. Today, it is known as the Marangoni Effect, which records the flow of liquid caused by surface tension gradients.

The question is: what does it tell you? As you can see from the Marangoni Effect, the legs are an indication of strength. But the speed at which the legs flow down the side of the glass, and their thickness, will also give you an indication as to the character of the whisky. Although viscosity is a different area, it is clear that higher levels of oak extractives and other oils will contribute to the speed and weight of the legs. The legs therefore help give you an idea of strength, spirit character and the level of interaction (I’m wary to say age) of the whisky.

Put simply, the more rapidly the legs move, the lighter the whisky will be in the mouth; the thicker and slower they are, the heavier it will feel. The inside of the glass therefore can be said to replicate in some way the inside of your mouth.

There are two other ways in which your eyes can help to assess a whisky’s character. The first is the ‘beading’ test which involves shaking the (closed) bottle of whisky and seeing if a ring of bubbles forms on its surface. You can also do this by covering the glass with your hand and shaking vigorously. The more persistent these beads are, the higher the strength of the whisky will be. No beads will form in a mature whisky if it is under 50% abv.

Oak extractives will also have a part to play. New make, for example, will not form a bead. Beading can therefore give you an indication of cask influence as well as strength. Again, it is an example of the Marangoni effect.

The final use of sight comes when you add water to a mature whisky. If you cup the whisky in your hand as you do this gently, you will observe coils forming in the liquid. These are known as viscimetric whorls (the overall effect is called viscimetry).

While there is debate over the science – it could be caused by an exothermic reaction from adding cold water to the whisky, or might be a visual manifestation of a pressure wave – it is another clue as to the feel of the whisky. The more persistent the viscimetry, the higher the strength and thicker its mouthfeel.