A few words about Water & Ice in Whisky

There are many things whisky lovers love to debate, but the particular question of adding water or ice to whisky has been known to ignite raging infernos. So herewith, a look at the history and science of the effect of temperature and dilution on our favorite libation.

The history of whisky is replete with wonderful myths and legends – the origin of the phrase “on the rocks,” meaning “with ice,” is likely one of those. Popular tales have it that Ye Olde Scotsmen would place cold river stones into their rough usquebaugh to tame some of its fire. But the OED doesn’t give us an oldest known usage, and several etymology websites date the phrase to 1946 without citing a source. Regardless, every whisky drinker has a specific expectation if they order a dram using that phrase.

The idea supporting including ice is that it will make the whisky more enjoyable to drink, while the contention is that dilution “dilutes” the flavor. 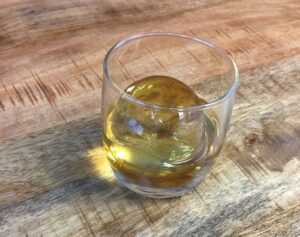 There’s actual science to back that up. The ‘heat’ of beverage alcohol comes from the ethanol molecules triggering the nerve endings that respond to heat, and those in turn send a pain signal up to the brain. The higher the concentration of alcohol, the more the burn. Secondary compounds common in whisky from the grains and the barrel act to exacerbate the effect.

But the human brain doesn’t like contradictory information, so a cold beverage which triggers the nerves in the opposite direction will actually cancel out the perception of heat in the brain. So that frozen ‘shine doesn’t seem quite so hot!

Ergo, ice = more enjoyable whiskey. But what about that dilution, I hear some people cry?

Dilution does, in fact, dilute the flavor of whisky – in certain circumstances, but not in all.

A common tradition in Scotch is to ‘open’ a whisky by adding a few drops of water. Possibly inspired by the debate (or possibly to expense some whisky), in 2017 Björn C. G. Karlsson and Ran Friedman published a molecular analysis of dilution in whisky. Long paper short:

Thus, the taste of guaiacol and similar compounds will be more pronounced when whisky is further diluted in the glass. This taste-enhancement is counteracted by the dilution of guaiacol’s concentration. Overall, there is a fine balance between diluting the whisky to taste and diluting the whisky to waste. This balance will depend on the concentration and types of taste compounds that are characteristic for each whisky. Similar considerations can be used to optimise the alcohol concentration of other spirits including gin, rum and brandy.

So a Bourbon and Branch isn’t a bad thing, to a point.

In order for the opening effect to work (and not to take the whisky to waste), there must be specific types of taste compounds present at sufficient concentrations. It would seem then that, in general, higher proof whiskies with high flavor potential are the best candidates for enhancement with water. Any whisky, but especially the high proof variety, may benefit from the heat reduction induced by coolness. Individual mileage may vary.

When manipulating dilution and temperature in whisky, “on the rocks” often offers the best of both worlds, with both a reduction in heat and an increase in flavor as long it doesn’t wash out. One option occasionally presented by bartenders is the ‘chilled and strained’ mechanism of stirring or shaking spirit over ice, then straining it and presenting it neat, preferably in a chilled glass. Another method is to use a large ice cube or sphere, with the latter having a smaller surface-to-volume ratio that will cause less dilution. The bigger the ice chunk, the better because the greater the thermal mass, the slower the melting.

If you’re playing along at home, remember that the quality of the water matters when making ice or adding it directly to whiskey. Tap water usually contains off-flavored compounds, so try using pure spring or distilled water instead.

My recommendation is to always try the Whisky neat, unless it’s a cask strength and even sometimes even with a cask strength. Then add just few drops of bottled water then make your decision whether you add more or not. Everyone is different and so are the Whiskies so you find where it’s the most enjoyable for you to get the fullest flavor and enjoyment from your Whisky. Personnel preference NEVER add ice.

Am I Adding The Wrong Water To My Whisky?

Just as The Whisky Virgin wraps his head around the debate of adding water to a dram of Scotch, he discovers a whole new dispute bubbling just below the surface: whether some types of water are of inferior quality, and can even spoil a whisky’s flavor. 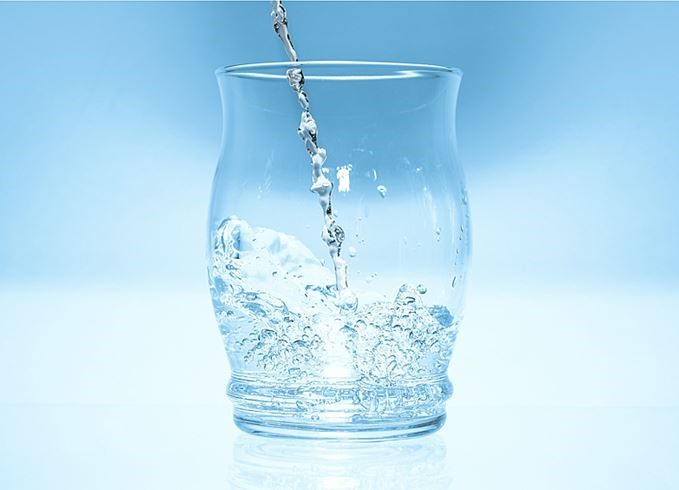 Murky waters: Do certain types of water have a negative effect on a whisky’s taste?

When I first started out on my voyage of whisky discovery I wasn’t sure what the deal was with adding water to a dram. I worried that by adding a few drops to turn down the heat I’d lose some taste. But it seems that after years of Scotch-fueled debate and some scientific studies, this is a closed case.

The verdict: it’s fine to drop a little water in your whisky if you feel like it. Turns out reaching for the water jug is just a way to fine-tune your whisky to suit your palate. Doing this will bring different flavors out of a whisky. Sounded good to me. But then I came across a question that changed everything.

What kind of water should you add to whisky?

Debate rages about the best water for optimum whisky drinking. Some veteran drinkers say the chemicals and impurities in tap water can mess up the flavors in a Scotch, even if you only add a few drops. We should be buying de-ionized or distilled water to for our dilution. The best is natural spring water, bottled straight from the source in Scotland, if you can get it. You’d have to get special water shipped to you from whisky country. 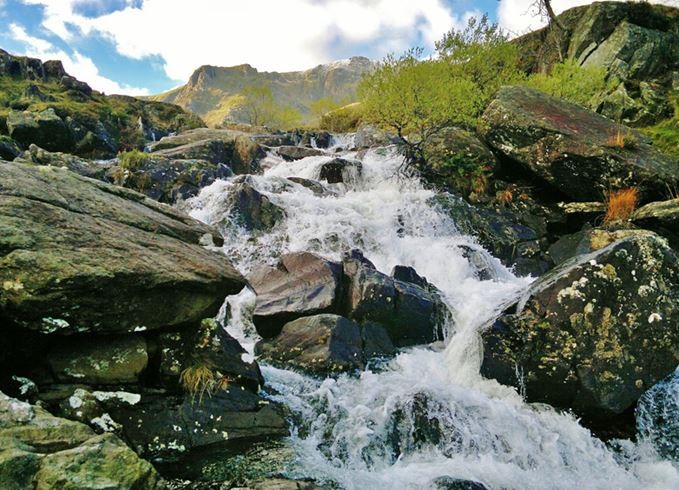 It makes sense to me that regular water can carry flavors and smells that can get in the way of serious whisky sniffing. It seemed totally possible that cutting my drams with a drop of the tap water could compromise their integrity. Had I really been ruining precious whisky with inferior H2O? Some specialist water dealers out there seem to say so.

There is a company called Uisge Source that bottles water captured from the wild, up in Scotland’s different whisky-producing regions. The idea is to have Speyside water with Speyside whisky and so-on. Now I can tell you, for instance that Islay water has its own particular aromas, but do I really need to pay someone to ship it all the way from the literal Hebrides to accentuate my Islay whisky? 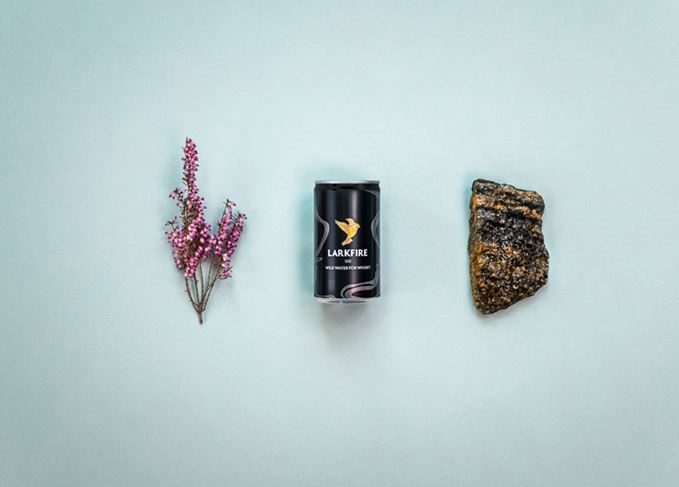 Another aspiring player in the whisky water game called Larkfire just dropped rival Scotch water in little mini bar-sized cans. Their website also says I’m killing whisky with chlorine if I put tap water in it, which I totally agree with. Larkfire sources its water from the Isle of Lewis in the Outer Hebrides

You still want to find out if water changes the flavor of whisky; I believe it can be done on a budget.

I wanted to test this theory but both of these authentically Scottish waters work out about £40-45 a liter. This isn’t far shy of some of my go-to brands of Scotch. Getting whisky-wise is already expensive enough, what with all the necessary investment in booze and special glasses. Now I’m supposed to drop dollar on special water?

If you are interested I suggest secure a couple of brands of water that claim to be something to do with the Highlands, so get one of these for on-brand testing. Along with any distilled water filtered such as Brita or some other brand. Two types of water secured, set up at the kitchen table with a bottle of Scotch and a control sample from the tap to do some mother-flipping science.

Can I sniff out a couple parts per milliliter of chlorine in a dram? Individual preference: Whisky drinkers should add whichever water they think tastes best

Did ‘better’ water make my dram taste better? I believe it does. I understand that tap water can be different area to area but all will be treated similar.

Whisky is big, bold stuff and after a highly scientific drinking session it was decided it’s probably pretty hard for a few drops of water to hurt it. 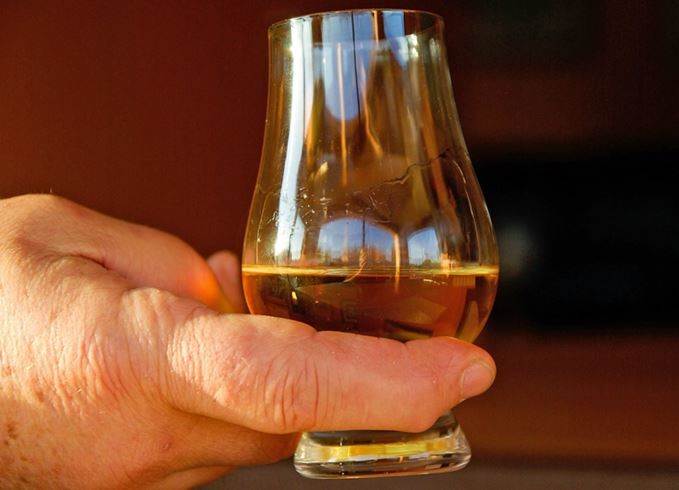 But it while we were looking into this business that most whisky has water added to it before it’s bottled anyway. If you’re planning some serious, straight-faced whisky tasting think about getting some filtered & bottled water, because they will the most neutral. But most common bottled would also be fine.

Am I Adding The Wrong Water To My Whisky?