This is the Stone of Destiny photographed at Arbroath Abbey where it was left in 1951 after removal from Westminster Abbey on Christmas Day 1950. Since 30 November 1996 this symbol of Scottish identity has resided at Edinburgh Castle 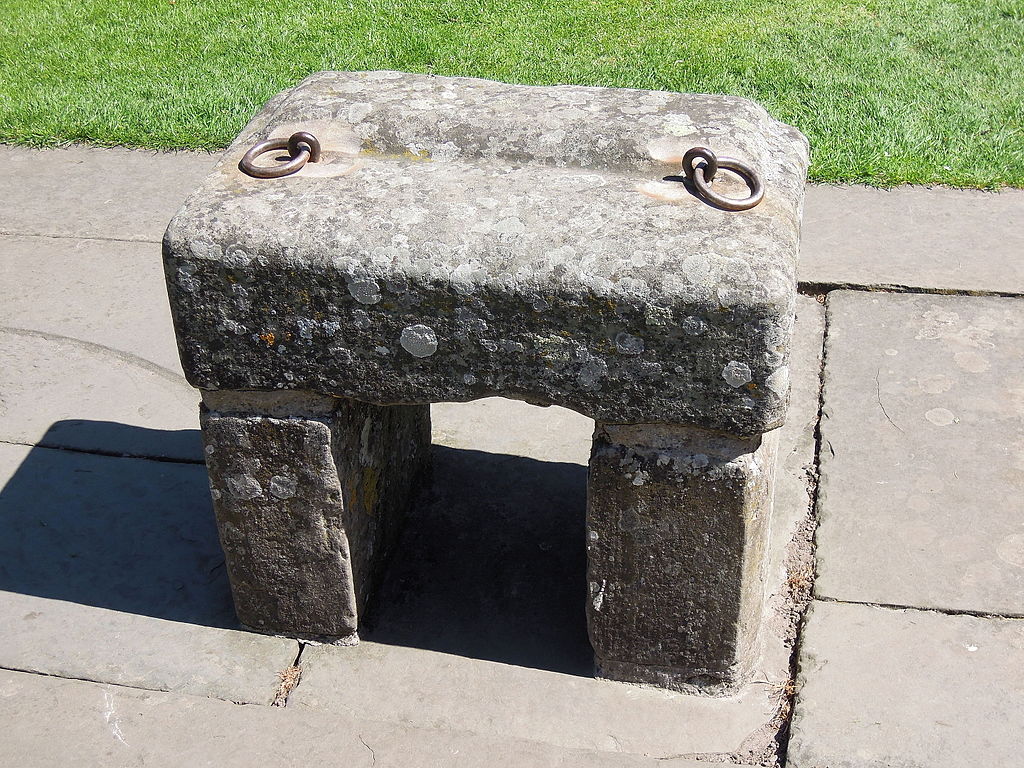 The Stone of Scone (/ˈskuːn/; Scottish Gaelic: An Lia Fàil, Scots: Stane o Scuin)—also known as the Stone of Destiny, and often referred to in England as The Coronation Stone—is an oblong block of red sandstone that has been used for centuries in the coronation of the monarchs of Scotland, and later also when the monarchs of Scotland became monarchs of England as well as in the coronations of the monarchs of Great Britain and latterly of the United Kingdom following the acts of union. Historically, the artefact was kept at the now-ruined Scone Abbey in Scone, near Perth, Scotland. It is also known as Jacob’s Pillow Stone and the Tanist Stone, and in Scottish Gaelic, clach-na-cinneamhain. Its size is 66 cm (26 in) by 42.5 cm (16.7 in) by 26.7 cm (10.5 in) and its weight is approximately 152 kg (335 lb). A roughly incised cross is on one surface, and an iron ring at each end aids with transport.[1] The Stone of Scone was last used in 1953 for the coronation of Elizabeth II of the United Kingdom of Great Britain and Northern Ireland.