The Balblair distillery in Scotland, established in 1790, is noted as being one of the oldest working distilleries in the Scottish Highlands. It has, for many years now, been one of a handful of Scottish distilleries to publish vintage dates on its bottlings instead of age statements. Now, in a move which mirrors Glenrothes’ from last year, Blablair is retiring its vintage-based approach in favor of the age stamp across its core line up.

Balblair’s new collection of age-statement single malt Scotch whiskies, according to those behind it, consists of 12-, 15-, 18- and 25-year-old expressions, each with their own cask aging specifics. All are bottled at 46% ABV and, while now with age statements and new packaging (see below for more on that), it is said the four offerings “as a whole stays true to Balblair’s house style.”

“As one of the oldest working distilleries in the Scottish Highlands, Balblair has a long and rich history of crafting premium single malt Scotch whisky,” said Matthew Jamieson, Brand Manager for Balblair, in a prepared statement. “We are proud of our heritage and we will continue to honour our centuries-old traditions, but we also look forward in a quiet pursuit of perfection. “Our new collection is intrinsically linked to our heritage and is testament to the place and the people behind our whisky, while being emblematic of our ‘True Highland Spirit.’”

With regards to the packaging, it is said to retain Balblair’s iconic bottle shape, but from their a new brand logo takes shape, including making use of a new label font that “is a contemporary adaption of the typeface used on the old sign at the distillery entrance.” There are some other notable changes as well. As for each of the expressions, specifics are below, including tasting notes. 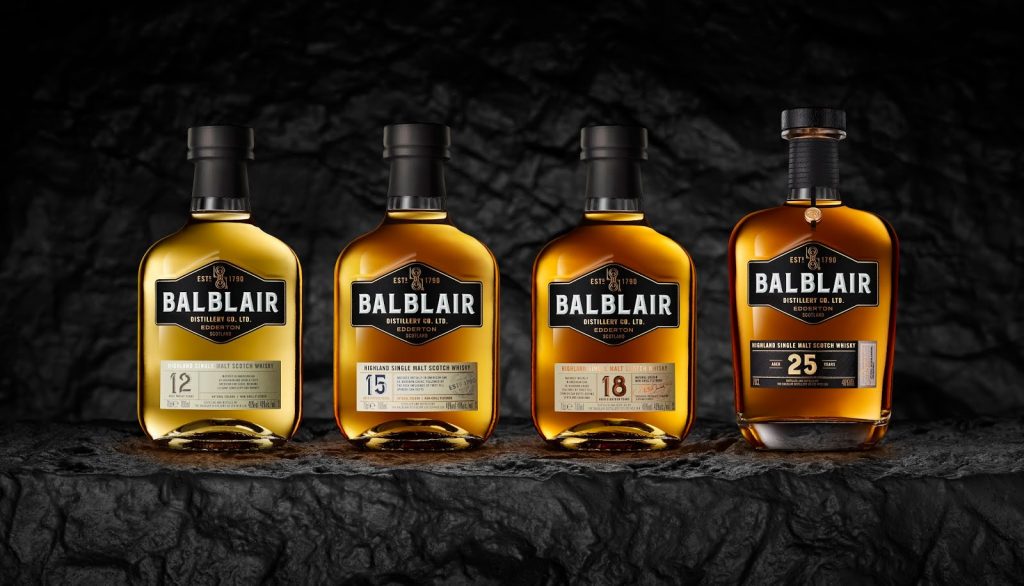