With miles of farmland and neat woodlands, the Lowlands is one of the most charming and accessible whisky regions in Scotland. Encompassing Edinburgh, Glasgow and Fife, it reaches from the Highland/Lowland divide down to the Borders and Dumfries & Galloway, and west to Ayrshire and Arran.

The mild climate and flat land make it ideal for growing barley, and it is famous for light, unpeated whiskies – the ‘Lowland Ladies’ – known for their sweet, grassy notes and gentle style.

Although many of the historic distilleries here declined in the 18th and 19th centuries due to growing demand for blended whisky, which favored robust single malts, a few long-established single-malt distilleries remain open.

Several have opened in recent years, and there are five high-volume grain distilleries, producing whiskies used in some of the most famous blends.

The Lowlands style is often characterized as light and fruity, but with new whisky and plenty of evidence that supports a peaty history.

Where Lowlands is concerned, the description is typically:

The Whisky Exchange describe it thus, Flaviar agrees, Berry Bros. & Rudd support the story, and at several other sources, it’s the same story. And there’s much mention of triple distillation, column – or Coffey – stills and grain whisky for blending.

These tasting notes for Glenkinchie 12 year old capture it in a nutshell: ‘The nose is fresh and floral, with spices and citrus fruits, plus a hint of marshmallow. Notably elegant. Water releases cut grass and lemon notes. Medium-bodied, smooth, sweet and fruity with malt, butter and cheesecake.’

So, it seems this widespread interpretation of the Lowlands style doesn’t hark back to the golden days at all. It’s actually a newer phenomenon. Glenkinchie, with its light and grassy style, sprang into life at the turn of the century (and was lucky enough to push through both wars). Auchentoshan didn’t survive the war years, but was restored to life in the 1960s, when presumably it began its now infamous triple distillation process. Around that same time, Girvan unveiled its highly advanced, column still-driven grain distillery. And in an era of more widespread journalism, a light and delicate style was encapsulated and perpetuated to the current day.

It’s now 2019. The same three distilleries are still in business, which is fantastic. But ten more have sprung up alongside. Ailsa Bay, Bladnoch, Annandale, Borders, Daftmill, Eden Mill, Glasgow, Lindores Abbey, Inchdairnie and Clydeside are open for business, and few of them consider their output to be in the traditional style.

John Fordyce from Borders Distillery has long felt the Lowlands classification is distorting. “With such a variety of Distilleries, styles and process the only thing they can all claim to have in common is adherence to the definition of Scotch, ‘he says.‘In a time of increasing consumer demand for provenance and detail we are missing a trick with these generic descriptions.”

The true character of Lowland Scotch whisky will be finally restored when peat sourced from the Dumfries & Galloway and the Borders regions of Scotland is used for malting. The composition of burning peat smoke depends on the nature of the decaying flora and the micro-environment within the peat bog.

Take advantage of the Lowlands’ great transport links to learn how new single malts are created at an artisan distillery, or visit a long-established distillery to discover more about historic production methods.

The A.D. Rattray Whisky Experience in Kirkoswald has a vast selection of malts and you can fill your own bottle straight from a cask. You could also learn about whisky-making on a ‘barrel ride’ at the Scotch Whisky Experience, on Edinburgh’s 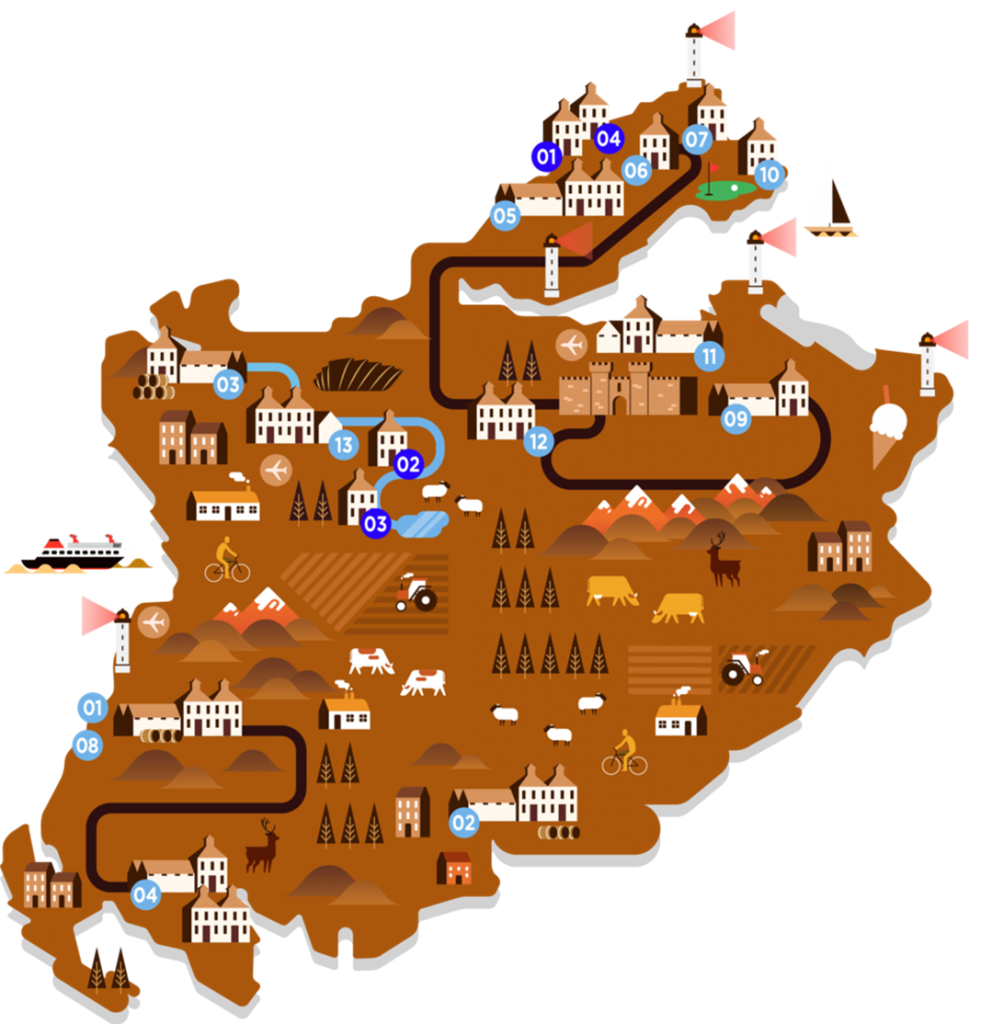