Islay, off Scotland’s west coast, is just 25 miles long it is the southernmost island of the Inner Hebrides of Scotland. Known as “The Queen of the Hebrides”, it lies in Argyll just south west of Jura and around 25 miles north of the Northern Irish coast. The island’s capital is Bowmore.

Today, it has over 3,000 inhabitants and the main commercial activities are agriculture, malt whisky distillation and tourism. The island has a long history of religious observance and Scottish Gaelic is spoken by about a quarter of the population.[13] Its landscapes have been celebrated through various art forms and there is a growing interest in renewable energy. Islay is home to many bird species such as the wintering populations of Greenland white-fronted and barnacle goose, and is a popular destination throughout the year for birdwatchers. The climate is mild and ameliorated by the Gulf Stream.

Its rocky bays and sheltered inlets house eight active distilleries and has long been crowned Scotland’s ‘whisky land’. Most of its original distilleries – some long since lost to history – started as farm distilleries, and retreated to secluded glens and caves when excise duty was introduced in the 17th century. In actual fact, the excise man didn’t dare set foot on Islay for over 150 years because of the islanders’ fearsome reputation, but don’t worry nowadays they are well-known for their warm hospitality.

According to legend, monks first brought the art of whisky distilling here from Ireland, which on a good day you can see from the south-west coast. They found Islay ideal for distilling whisky thanks to the abundance of peat, spring water and barley.

The peat distinguishes Islay’s single malts from those of other regions. Burned in kilns to dry the malted barley, it has been formed over millions of years, rich in decaying mosses, heather and lichens and very different to mainland peat.

Centuries of salty spray have penetrated the deep layers of peat and seeped into the warehouses of maturing casks. The resulting malts are pungent, powerful and characterful. Islay single malts are renowned for their smokiness with faint notes of sea air and seaweed. 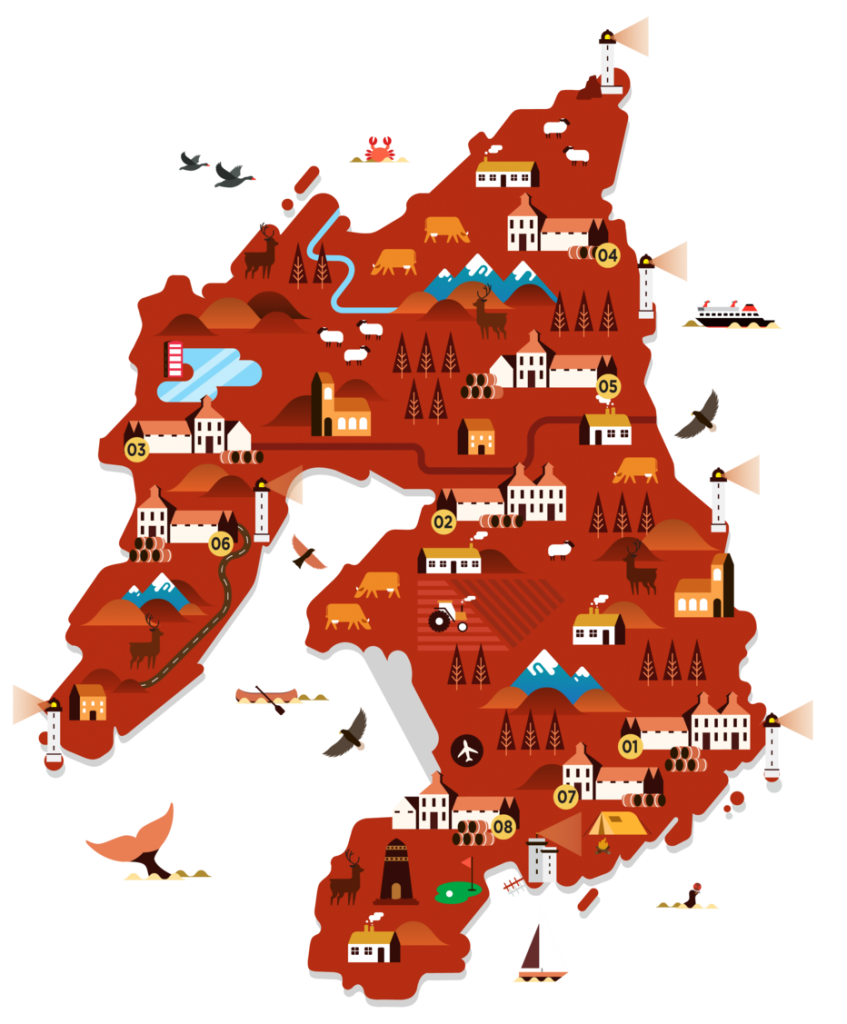