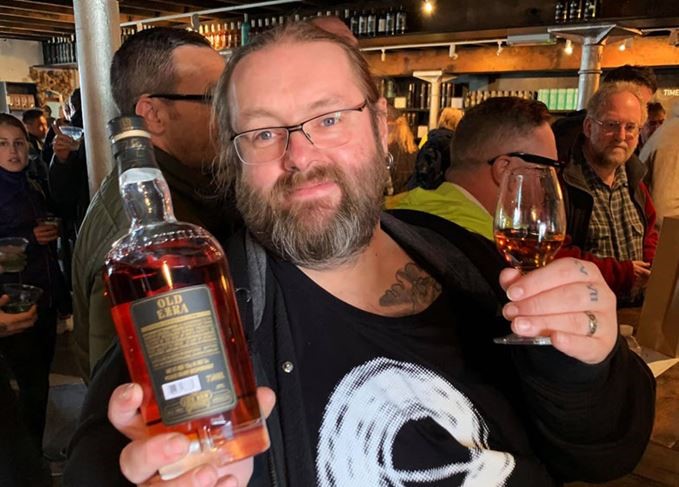 Since opening his Wishaw restaurant in 2008, Derek Mather has amassed an impressive offering of over 3,700 whiskies. At its centre is possibly the world’s only complete collection of Bruichladdich Valinches.

Whisky, perhaps more than any other drink, has a habit of turning up in unexpected places. Places not unlike the Artisan restaurant in Wishaw, about 15 miles south-east of Glasgow. It is easy to miss, positioned on the town’s unassuming Main Street and nestled between a hairdresser and beauty salon. Unless you knew to look it would be all too easy to miss this whisky haven.

My dad used to drink whisky and he bought me my first bottle when I was 16 – a Glenlivet 12 Year Old. He basically bought it for me to stop me from drinking his stuff. “After that you’re on your own,” he said. So that’s how I got into whisky.’ So says Derek Mather, owner and head chef at Artisan since its founding in 2008. He is jovial, quietly enthusiastic and undeniably dedicated to the curation of his whisky Mecca.

For those that know it, Artisan is renowned as a place to find gems and bargains if you have the patience to sift through the numerous shelves that line the rooms of the Restaurant. ‘I didn’t really start out to collect,’ explains Mather. ‘I used to work in Scottish restaurants and it always used to annoy me that the selection wasn’t better than the supermarkets. When I opened Artisan I had accumulated about 60 bottles to put behind the bar… now we’ve got 3,700, of which about 2,400 are open.’

One of the tricks to managing a serious whisky bar is curation and stock control. Anyone can open an expensive bottle and stick it on the menu at an eye-watering price only to see it slowly oxidize. As Mather says, ‘I keep control of the stock; if it gets to about two inches from the bottom of the bottle then I’ll date it and give it another month. Then I’ll either cook with it or drink it, and we’ll replace it with something different. It’s an approach which hasn’t gone unnoticed and has garnered Artisan a dedicated crew of followers and fans, both locally and abroad. Add the fact that the portions of classical Scottish fare are what can only be described as ‘healthy’, and it’s not hard to see why people make the pilgrimage. 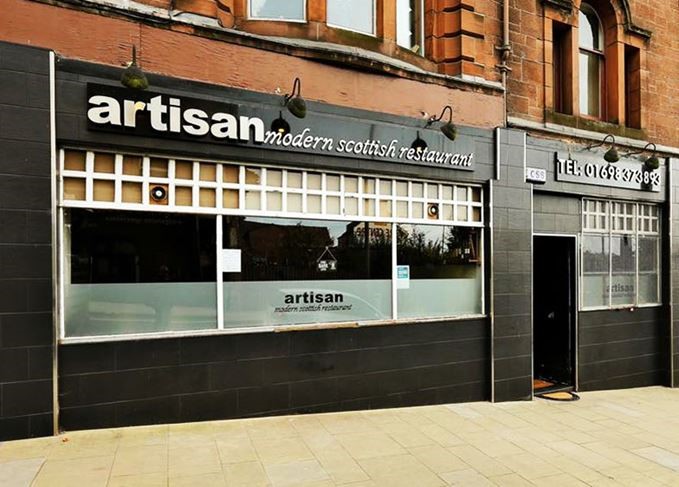 Unassuming Mecca: Artisan is a haven for whisky lovers in the centre of Wishaw

Although none of this is to say that Mather isn’t also a collector in the classical sense as well. He has a clear fanaticism for a certain Islay distillery which he sums up pithily as, ‘anything that comes out of Bruichladdich is what I collect’.

Mather’s journey towards serious whisky affection coincided neatly with the re-opening of Bruichladdich in 2001. ‘When I started getting properly into whisky they’d been back open about three years and the variety of whisky and the stories caught my attention. It’s understandable, from the perspective of a restaurateur looking to offer greater variety to the diner and drinker that such a prolific output which stood apart in attitude and conviction from a more conservative mainstream industry should appeal.

As with so many relationships in whisky, Mather’s love of Bruichladdich and its whiskies is one which has grown over time and become more symbiotic. ‘I supply the distillery with our homemade Octomore BBQ sauce for their Fèis Ìle open day. This year they went through 15 liters in one day! It’s all done for charity; they give me the Octomore and I make them the sauce.’ The distillery is also the source of his most prized bottle – a 4.5-litre edition of Bruichladdich Yellow Submarine, of which only four were created (two were opened and poured) and sold for charity at the distillery open day.

While the bottle may be considered a ‘holy grail’, it’s not Mather’s personal favorite. That position goes to his complete collection of Valinch bottlings. ‘As far as we know it’s the only complete collection in the world,’ he muses. ‘I’ve spoken to the distillery and theirs is missing a few.’ It’s no mean feat considering just how well populated that series has been over the years.

It’s a conversation which also triggers the issue of contemporary secondary market prices – an unavoidable subject for today’s bottle hoarders. Like most business owners, Mather is pragmatic about it. Obviously I’ve got extra bottles in my collection but I’ll always bring a bottle into the restaurant if we need stock,’ he pauses. ‘Unless it’s something ridiculously expensive. 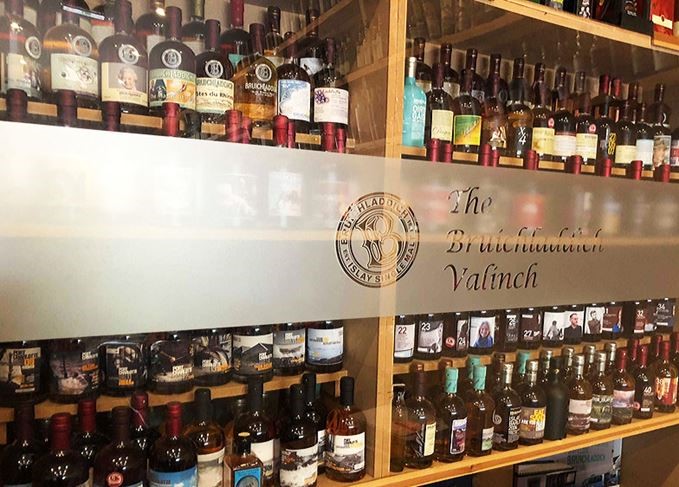 It’s a line of thinking which is balanced by his approach to pricing his bottles by the dram. ‘I don’t change my prices based on the secondary market – I want them to be there for people to enjoy. I try to keep my prices accessible so people can enjoy them. If I’ve bought bottles five or six years ago I know what I paid for them and my ethos is if my bottle cost me £100 I’ll charge for drams based on that price.’

This kind of attitude has made Artisan an unusual place; by quirk of business approach and geography it has become a worthwhile trip for whisky lovers from all over. Finding an old Gordon & MacPhail single cask bottling of 1969 GlenAllachie lurking on the shelf for under £10 a dram is just one of many ‘discoveries’ to be found.

Mather’s relaxed and affable approach to whisky and to business means he lacks the usual whiff of gloom that can often be found lingering beneath the surface when you speak to other longstanding collectors. Many of whom lament the woes of ‘prices’ or ‘modern whisky’ or ‘the industry’.

By contrast Mather is optimistic about whisky’s future. ‘I’m excited; there’s new distilleries so there will be new whiskies to try. I’ve tried quite a few of the new makes and have a couple of casks or cask shares at new distilleries so I’m quite excited by the way things are going. I think a lot of folk are jumping on the bandwagon and there’s probably too many too soon, but overall it’s positive.’

It’s a rather straightforward challenge to the cautionary mentality that is coupled to many of whisky’s contemporary developments, an important perspective to hold onto in the heady dash of today’s whisky culture.